A Daytrip to Jacmel 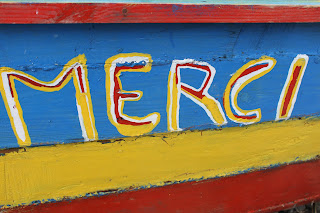 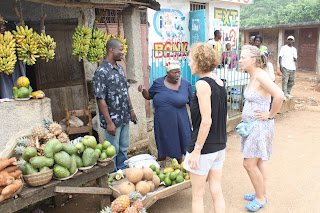 I was up early and bid Ed farewell at 5:30.  It has been a pleasure working with him again after so many years.  He and I think alike about so many things.  His interest in the work here seems genuine.  I look forward to more time together.  His brother, Gordon, is an ophthalmologist who has had a major project in Mexico for many years.  He has already contacted HAH and is interested in helping develop a high quality eye surgery program here.

Dr Yoon has an excellent team.  The first time he came last summer, he didn't have any anesthesia providers and was unable to do very much surgery.  He now has 3 providers and is loaded for bear.  He is subspecialty trained in foot and ankle.  He works in Minneapolis and does a lot of trauma.  He has an OR nurse, a 4th year med student and two ortho scrub techs. 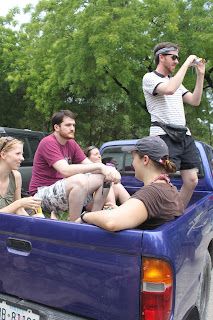 We had three small cases today.  We had an outing to Jacmel planned so we started before 7 am in the OR.  We were finished by 9:30 and took off in two pickups for the Blue Pools near Jacmel.  It took 3 hours of largely curving mountainous roads.  We discovered that the river was too high to cross to get to the pools.  We changed to plan B and went to a beach.  The water was warm and most enjoyed swimming and playing in the surf.  Several beachfront bars had music playing.  A live "rara" band came on their bus and cranked it up.  I was glad for the opportunity to see and hear it.  They have the "konets" which each play one different note, drums and cymbals. 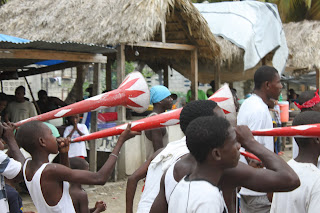 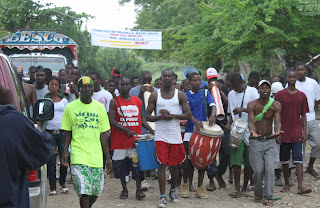 Manuel went with us and we enjoyed a walk together to a quieter part of the beach where we ate our lunch and enjoyed several little kids who shyly accepted our tootsie roll pops.  One of our group brought a watermelon and we all enjoyed several pieces.   It was very sweet.  We stopped and bought fresh fruit at a community fruit stand on the way home.  It was fun to see another part of Haiti.  It was very cool in the mountainous section.  We drove through clouds some of the way and some got a little chilly.

Pat and I dove into the clinic after rounds.  We worked steadily and were able to finish reasonably early.  We had some smaller surgical cases and got them all done by early evening.  There are a lot of cases scheduled for tomorrow.  We plan to start as early as possible. 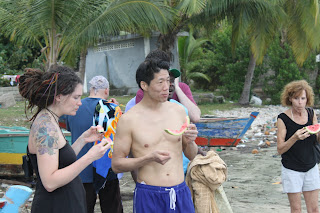 The proofs that Tim sent for Brian to bring from Orlando came this afternoon.  They are absolutely spectacular!  As good as they looked on the computer, they are 'over-the-top' impressive in full size and brilliant color.  The quality of the printing is remarkable.  Once again, i take my hat off to all who have put so much energy and time into this project.  Tim and Dave have, in a few short months, produced an exceptional piece of work.  Tim's father, Steve Gerke, has been instrumental in getting the best possible prices from the printer.  I can hardly wait to hold the finished book in my hands.  I pray that God will continue to bless this project.  The national media exposure that could make it possible to raise funds in amounts much greater than we had originally proposed is the next element.  There are so many areas that, if properly funded, could help insure the ongoing capability to provide high quality orthopedic care to the indigents in this country.  Helping the hospital laboratory develop a blood bank and microbiology capability would improve our patient care tremendously.  An orthopedic formulary for our pharmacy would be hugely beneficial.  Satisfactory housing for patients who live long distances away could be funded.  The volunteers could at last have satisfactory accommodations.  We could help procure clinic and hospital supplies.  Our large cannulated screw set could be standardized and reserve screws of all sizes kept in storage.  The list goes on and to some might even seem endless.  This is God's work and I have a strong belief that it will work out in His time frame. 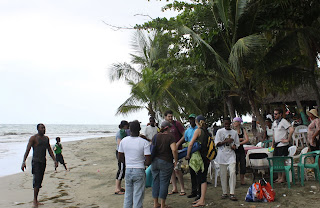 Our surgery day didn't quite go as planned.  We were about to get a second case started when I was notified that a bleeding patient in the ER needed emergency surgery.  That hasn't happened too often here but there is not much to do when it does happen besides suck it up and wait it out.  We had some good cases.  Pat helped me with a postero-medial clubfoot release that went well.  The child for TAL/post release cancelled d/t an upper respiratory infection.   The patient for ORIF malunion medial tibial plateu had to be postponed until tomorrow d/t HBP.  We wound up operating until about 8 pm.  A C-section also came in that slowed us down some.  Pat did an ankle fusion and had problems with our mismatched 6.5 cannulated screws and screwdrivers.  I am hopeful we will be able to get a replacement set from the company in India. 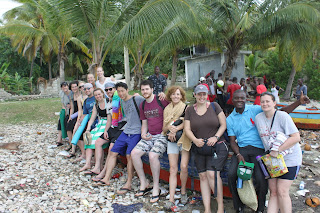 I have been told that an American Orthopod has used their implants a lot and finds them to be of high quality.  Ed Miller has started the process to test the screws.  We might be able to get more sets of implants such as a proximal femoral nail set if their quality is good.  The cost will be about 10% of the full Synthes price.  It also might solve our implant resupply issues.  We finished the day with an ORIF of a distal radius fracture.  It turned out to be more comminuted and intraarticular than anticipated.  I struggled and was unable to get a satisfactory reduction.  Fortunately, Pat still had some energy and he scrubbed in and made it look pretty easy.  It wound up looking very good with good fixation.  I wish I could have Pat or someone with his skills here much more often. 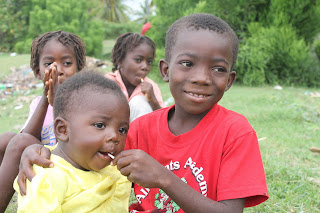