Another great day, another busy day. Today the crew took the divide and conquer approach again but for a different reason. Today Leah and I stayed behind to work at the hospital while Andrew and Jonathan were at the orphanage to manage the building project. We all had unbelievable days. Here is a little recap.

Leah and I worked with Scott and his team in the OR today. We did 9 cases today, three were very complicated Taylor Spatial Frames. We ran two operating rooms but only had one anesthesiologist which meant Tim was a CRNA for the day. Maria helped with the first few cases but we ran two independent OR rooms towards the end of the day. By the last patient I did everything from put in the spinal anesthesia block (with Maria watching) to waking the patient up and everything in between. It was a great day, fun to be able to help the team be more productive and thus help more needy kids get their surgeries.

Our first big cases were TSF patients. Maria and I did the first together, he had rickets and developed knock knees. One leg had previously been operated on so we just put a TSF on the other leg. He had a good result. We also put a TSF on a patient with a club foot deformity. All the doctors have been a dream to work with, Scott is a one man wrecking crew and whatever he missed Maria cleans up. The residents have been very kind to take a few minutes to teach me various things about each operation. I even scrubbed in to suture last night.

Leah got in some time helping various cases and working the C-arm for x-rays. She had never seen one before but now she is running it like a champ. She’s be great to have around to help recover, without her I wouldn’t be able to help with anesthesia and we wouldn’t get as many cases done.

After some time early in the day working in the OR she got sucked in and consumed with coordinating tasks with the Haitian staff. This can be extremely difficult and frustrating due to the language barrier and lack of organization around the hospital. Nearly all the long term volunteers are gone so it’s up to each team to get patients ready for OR, get them to and from recovery and manage all the other non-OR nursing tasks. She has handed it better than I would have, Amy was also great to ask one of the translators to stay on overtime until 10pm (they usually leave by 5). When they are not here late at night we have zero people who speak creole to communicate with both the nursing staff and the patients. Having a translator available today was great.

We did lots of other cases, an amputated stump revision, a 9 month old hip dislocation correction, an toe amputation and others. We put in a 16 hour day today. The guys were just as busy at the build site.

Jonathan was at the orphanage before the sun came up (which is very early in Haiti) while Jonathan went right to buying supplies. I didn’t make it out there today but they had a great day. The wall is now finished, it looks really good. Jonathan hired some local Haitians to install it and they did a professional job (by Haiti’s standards). They also got started building the outdoor kitchen’s roof structure. By tomorrow Mary Lou can cook in a nice kitchen space instead of a 2 foot wide, 5 foot deep alley that was next to the toilet (which does not connect to a sewer). A mega-upgrade. We (Jonathan and Andrew mostly) designed and supervised the building so the kitchen has a view of the ocean, ventilation for the charcoal stove smoke and fresh air and a nice sloped and overhanging tin roof to keep it dry and protected. They also did some clean-up around the area, put a new tarp over the neighbor’s patio (which the orphanage uses to walk up to their roof) and fix some dangerous wires. Tomorrow they finish the roof, pour some new cement stairs, hand some chalk boards inside and maybe even paint. Should be another busy day for them tomorrow.


We started the day with this 3rd toe amputation, I got back into the OR and ran the anesthesia for the case. 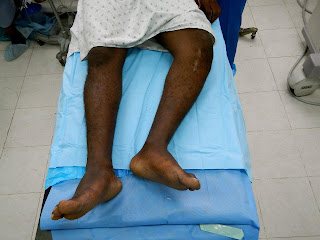 The next case was this 22 year old with blounts disease, we will put a TSF in correct his left leg 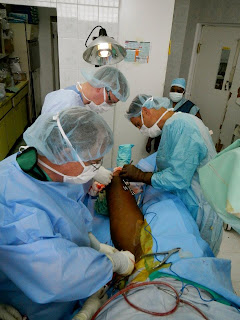 All hands on deck for this one (Scott is right surgeon) 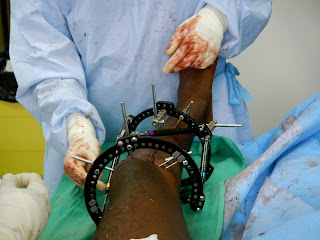 Finished product, he should be walking again soon 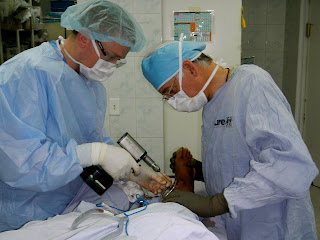 Jeff and Ian working on an ankle fracture 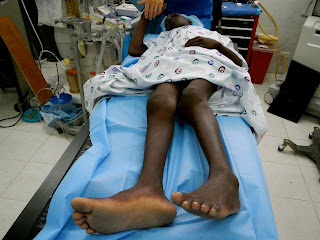 This little guy has a left clubfoot needing correction, we put a TSF on him too 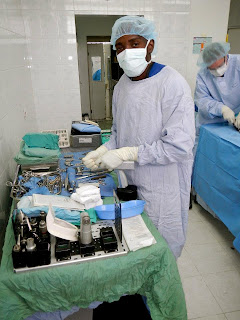 My man Jean Joel Boyer scrubbing in as our scrub tech 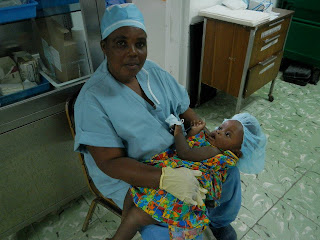 Little 9 month old waiting to get her hip dislocation fixed. 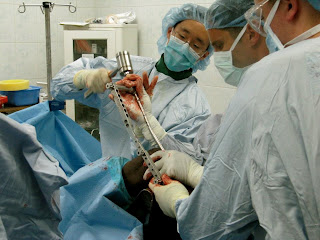 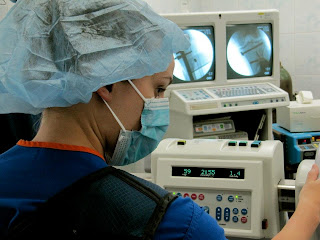 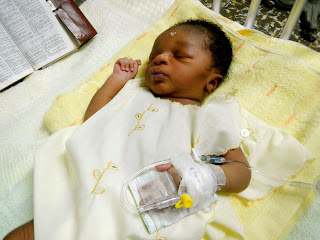 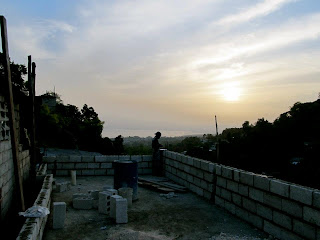 Meanwhile Jonathan and Andrew Herr were at the job site, here is the sunrise from the roof construction project 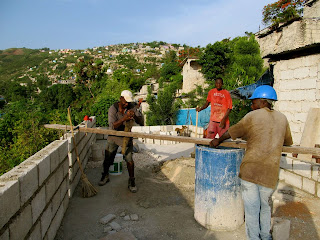 The workers cutting long pieces of wood for the outdoor kitchen roof supports. They use natural lumber that is not cut flat on the sides, it's like a big branch but dried and very hard. Closer to metal than a 2x4 in strength 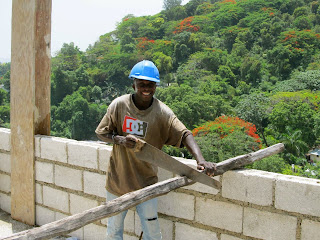 More supports being cut to size 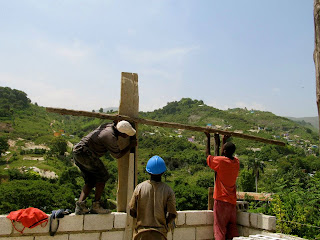 The first roof struts going up 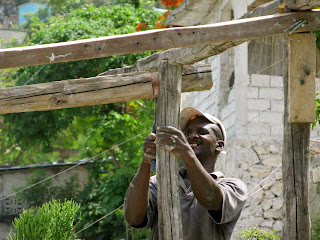 This was the crew chief, he and his workers are doing a great job, with some encouragement. 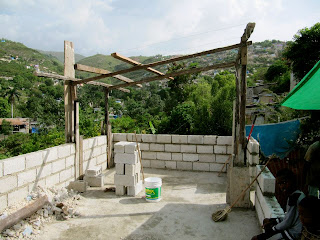 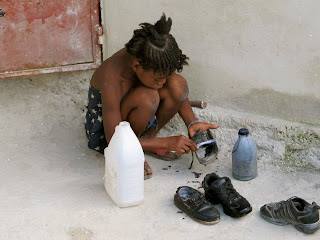 Keeping their shoes clean, the Haitians are very clean. They always take showers and have clean clothes on 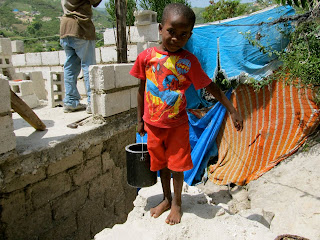 Jonathan wanted to plant some flowers and veggies around the orphanage. This little guy (who is 4) wanted to help, he brought up several buckets of dirt to the roof 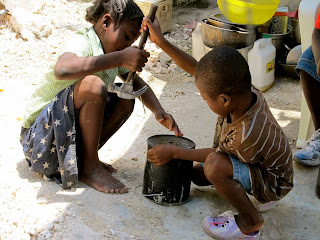 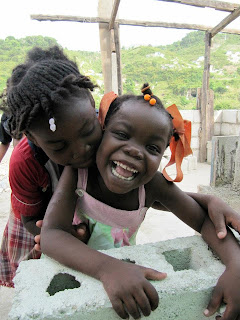 I think she likes the new wall.